The truth revealed : Is La Tomatina worth it?

The truth revealed : Is La Tomatina worth it?

I knew a lot about you years before we had even met. Everything from your mysterious history to your physical appearance.

The craziest thing is that I was never overly interested yet friends can be convincing so, I took a chance on you after pondering the question, is la Tomatina worth it?

Everyone I mentioned you to seemed to have their own opinion. Whether it was from past experiences or they have heard the rumours about you that fly around but I tried not to let that get in the way of my judgement.

However, it was hard to deny the common negative theme that made the butterflies in my stomach turn into angry wasps as our first encounter drew closer.

You were half a world away in Bunol, Spain and I had never expected to get so close to you… in the end maybe a little too close. 2018 happened to be the year that fate brought us together.

I put a lot of effort preparing for our first date, by buying a new outfit just for you and convincing myself that I liked tomatoes enough to go through with this. After all, I am much more of a donut and desserts girl.

Little did I realise that no amount of preparation could have prepared me, but I am getting ahead of myself here.

Let’s go back to the beginning…

The day I had been both looking forward to and dreading had arrived. I was already feeling a little off but I was determined not to give up on you and I was still asking ‘is la Tomatina worth it?’

You could say that was from the nerves or more likely the 4am wake-up call which for someone who is not a morning person, was a challenge in itself.

The sun was barely peeping over the horizon yet people were swigging Bloody Mary’s like there was no tomorrow. On the other hand, no amount of convincing could lead me to do the same.

I was worried that, like usual, I was self-sabotaging by not giving you a fair go but at this point my limits were already being tested.

The hour or so drive to Bunol felt like the longest bus ride of my life even as I drifted in and out of consciousness.

From my preparation I had a basic understanding of what you looked like at your peak, but I never expected to see the rows on rows of buses and the entire town barricaded up as though we  were living through a zombie apocalypse.

Nor did I expect so much sangria consumption and fights even before entering the designated, toiletless arena. You made me feel like I had stepped into the Hunger Games.

As I walked further into the labyrinth of Bunol, I remained nervous yet with a hint of optimism. Look, La Tomatina, I would have loved to prove everyone wrong… I did want to like you. Honestly, for a little while I did.

You surprised me with a water fight… well, not so much of a fight and more a refreshing shower if you will. It was great at the start until it got freezing, fast.

Each time the hose started facing my way I found myself curling up in a ball trying to protect myself from what felt like daggers hitting my skin and I wasn’t the only one.

I managed to temporarily escape the splash zone to check out one of your famous features, the ham climb.

I do give it to you La Tomatina, you sure know how to put together an ‘interesting’ date.

A bundle of competitive souls all pouring over each other as they made it further and further up the lard covered, lonely pole, with one goal; to grab the holy ham that taunted them from the top.

Despite the fact that I only saw a fraction of the action as I am too short to be in a large crowds and may have lost my support group several times, at this point, I would say our date was going alright.

Another year had gone by with no one stealing your ham and I am somewhat relived. It meant the moment that was giving the the most anxiety was postponed as the tomato throwing does not commence early unless the ham is claimed.

Nonetheless, the show must go on and the ham battle may have concluded but the real war was beginning… what had I gotten myself into. Now I was seriously questioning is la Tomatina worth it?

I thought the drive to you felt like an eternity but the wait for the tomatoes was on a whole other level as it continued to delay the inevitable. You gave me no comfort as my anxiety boiled inside of me.

You could feel the tsunami of adrenaline roll in with the trucks. It was claustrophobically busy in the streets already but when those giant, tomato filled monsters barged through, we all had to go into survival mode.

Due to my height restrictions I was being devoured by the crowd. My giant goggles were ferociously fogged, not that I would have seen anything beyond the guy’s back in front of me but I refused to take them off due to the suffocating smell of rotten tomatoes.

Regardless, I put on a brave face for you.

Sorry, but I’m ready to leave

Things between us started getting worse with tomatoes flying from every angle. I couldn’t defend myself as my hands were locked against my body. I was paralysed and left to drift wherever the masses pushed me. The only part of me exposed was my head, an open target.

They say you have rules yet no one seems to follow them. It is not hard to see why they should though…whole tomatoes are deceptively painful.

You could see I was getting flustered but things kept getting more and more intense. More trucks, more tomatoes, more people, more anxiety, more public urination… wait what?

Yep, you truly disgust me here La Tomatina. What do you really expect is going to happen when you encourage alcohol consumption and mix it with a disgraceful lack of public toilets? Even so, it’s not like anyone could move to get to a public toilet in the peak of this strange fight.

It seemed many had lost any form of self control or more accurately, dignity and resorted to peeing anywhere and everywhere yet continued to throw and roll around in the weird tomato soup beneath them. This was where I drew the line La Tomatina.

This was my breaking point. I had poured my heart out to you and it was thrown straight back into my face along with another tomato.

I tried to latch onto a stranger to help me escape which was a mission within itself. Within minutes we had barely moved yet had already been separated.

You hear stories of girls sneaking away from dates through bathroom windows but for me, it was spontaneous use of very uncoordinated parkour to get behind the hose stand that was attacking us before. I was finally able to feel my own body again without feeling at least 5 other slimy people around me but I wasn’t free from our date from hell just yet.

Some people have really great friends that will call, faking an emergency, to get you away from a bad date, however, I had this complete stranger use himself as a human shield to usher me out of the war zone.

I would use the cliche, “not all heroes wear capes”, he was the perfect example. After all, I had already seen weirder things at the festival yet also, barely saw a thing because I still refused to take my enormous mask off which was now not only foggy but filled with panic tears and stress snot. Anyway, I don’t know who this mystery man was but I hope he is living his best life right now.

But the drama continues

It was the light at the end of the tunnel… I finally peeled the goggles off my face once I was out of the fire zone and for the first time I could actually see the waterfall of tomatoes beneath me guiding me down one of the side streets. Even though I was looking down things started to look up from here.

The worst of our date was over and within a couple of minutes I had come back to life again thanks to a few hose offs and dance parties with the locals. My only problem now was that I had no idea where I was.

The maze that is Bunol left me with no sense of direction but with a few hours to spare I deserved to treat myself to every shower along the way and I figured out my escape plan as I went along.

Some locals were having fun freely waving their hose from balconies to the slosh pit of people below (get your mind out of the tomato-filled gutter, this is not a sexual innuendo) while others were more business savvy, charging a euro or two for a decent hose down. In my opinion, it was totally worth it!

I have no idea how long I was lost in your complex web for but it seemed the universe had decided to push me in the right direction to find the correct exit just in time.

I now had my answer to the question is la Tomatina worth it? And for me the answer was no! It was time to say goodbye to my pungent, tomato stained clothes and you…

I’m sorry, La Tomatina, but there will be no second date for us.

I know you are capable of successful relationships as you have received a lot of praise from thousands of people around the world but unfortunately we are not meant to be.

I do wish you the best and I am sure someone will fall in love with you, if they haven’t already. Who knows, this might be someones dream date!

-the one who got away 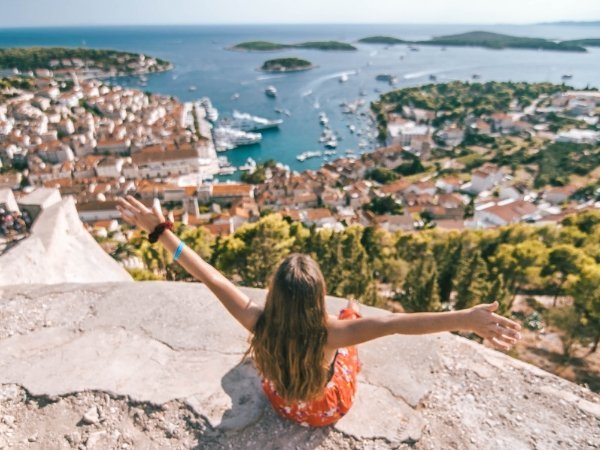 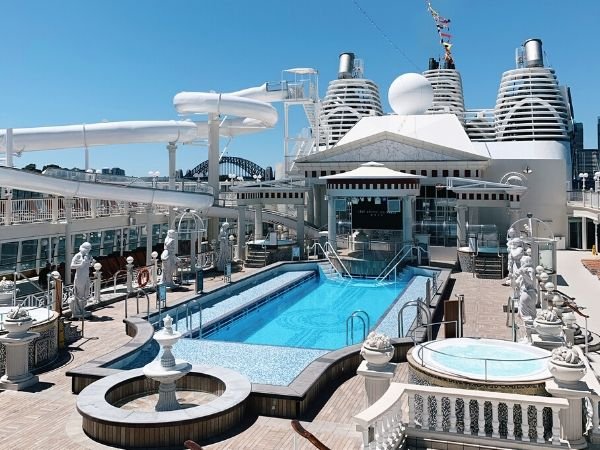 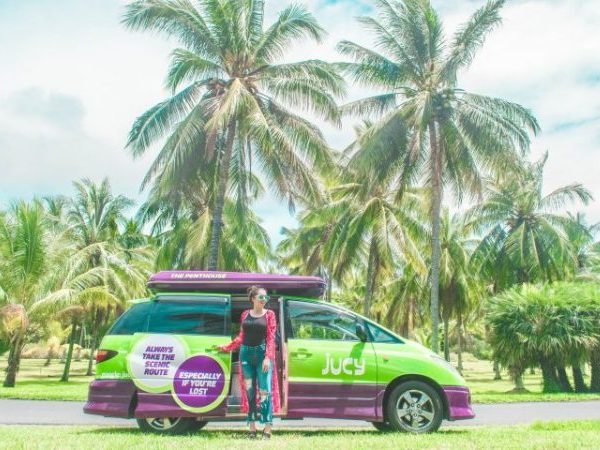 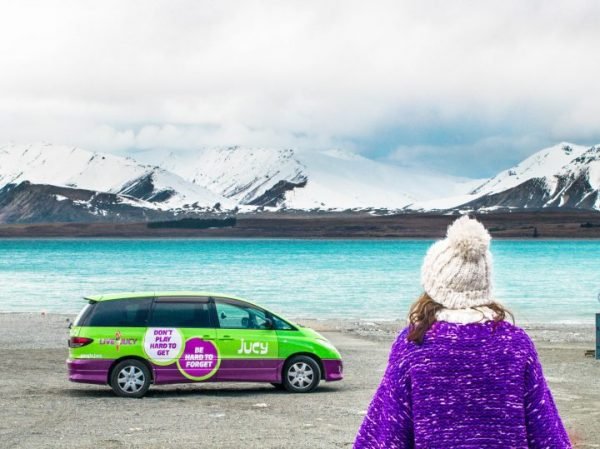 The Good, the Bad and the JUCY: A New Zealand Roadtrip 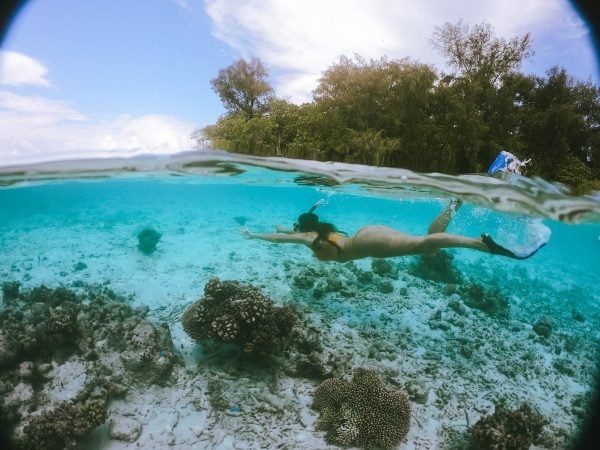 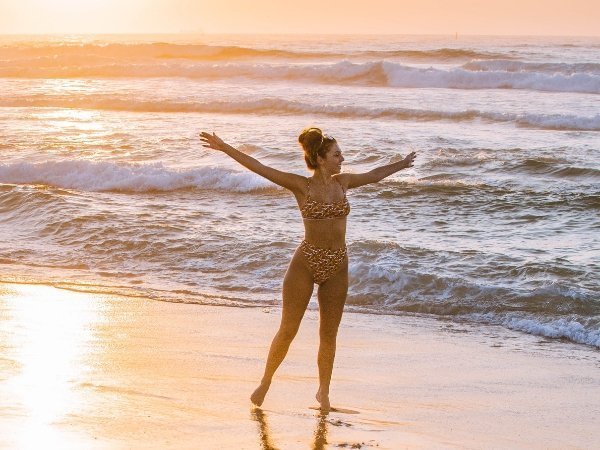 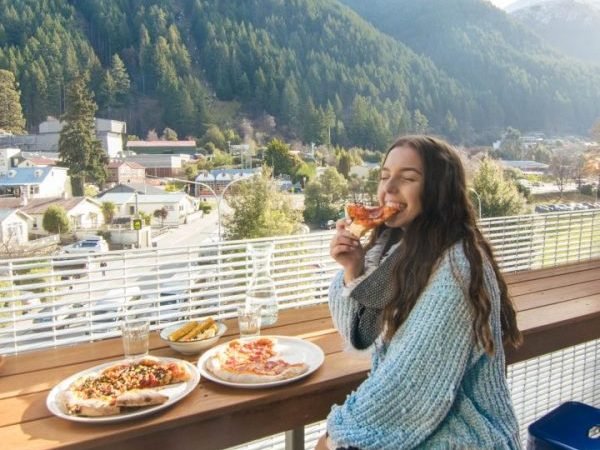 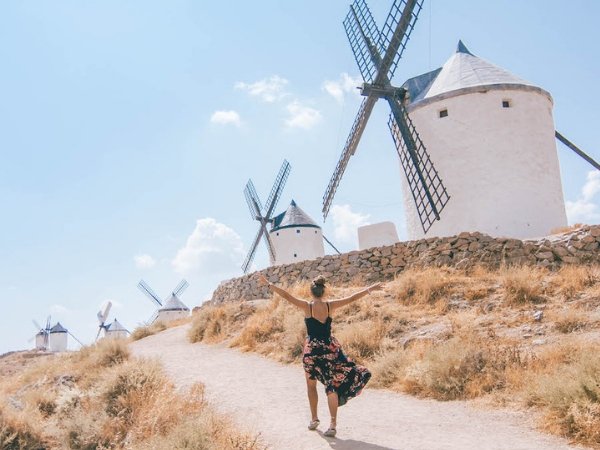